Gavin Stride: ‘Remain confident in our shared ability to make the world a better place’ 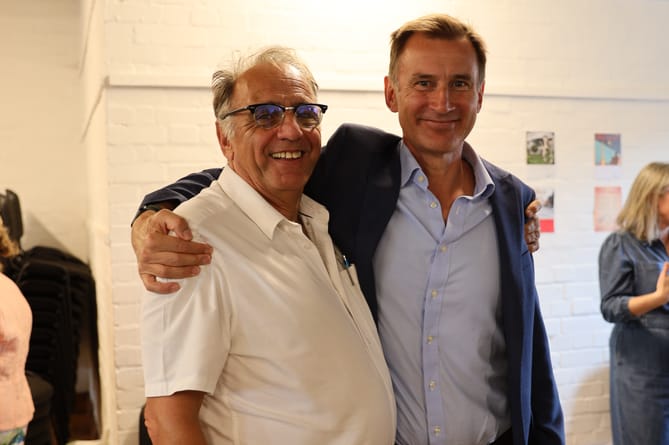 Farnham Maltings’ inspirational director Gavin Stride has bade an emotional farewell to the organisation he has transformed into a major regional, national and international creative force over the past two decades with a message of hope and shared ambition for the future.

Friends and colleagues of Mr Stride gathered at the Maltings last Thursday to enjoy afternoon tea and hear speeches, both by those paying tribute to his impact on the Maltings and wider arts community, and by Mr Stride himself giving thanks to those who have “made this adventure possible”.

Mr Stride told his assembled well-wishers that from the beginning of his time at the Maltings, he saw his job “was not to run a building but ensure our community is happier, that people are better connected, that we feel more alive through the work we do”.

More opportunities to get disabled riders on ponies in Medstead

Free parking for Christmas shoppers in Farnham and Haslemere

Liphook carnival set to return in 2023

“We have done it,” he added, “by identifying shared ambition in the town, across the region and latterly in the world.

“I have always trusted my instincts, and have tried to be bold and ambitious.

“It is easier to make a big idea happen than a small one – to try to make the world a better place than to run a rural arts centre.

“I achieved that by bringing in a team of people cleverer than me, which wasn’t hard, and encouraged them to flourish and be playful, because if they grow we all will.

“Now it’s someone else’s task to talk us into what we can be next. Because nothing stays the same.” 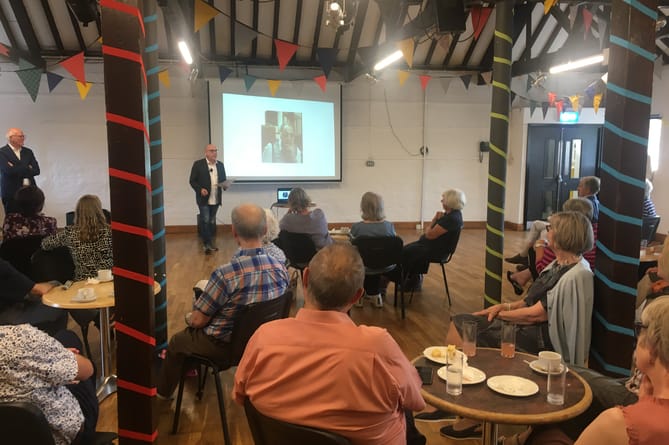 Looking to the difficult times ahead, he continued: “We are at the start of a recession, the world is in disarray, and we lack political leadership with any form of moral compass. We live in a time of increasing inequality, in which it is too simple to misjudge or use fear as a tool of control.

“It is our responsibility to remain confident, to find the counter arguments to the way the world is, to look for alternatives, to encourage co-operation rather than competition, to be generous and not blame others when things go wrong – because if you blame others, you are giving power away, to be honest, even if that makes you vulnerable, and to listen. Indeed, that’s the most important of all. To be aware of the world while opposing despair.”

Recalling the time he told his friend, MP Jeremy Hunt, that he was “far too busy making the world a better place to get involved in politics”, Mr Stride added the world is no longer divided between left and right, but “between those who believe the world can be better and those who believe it used to be better”.

He said in conclusion: “People will retreat from being generous and will appear unreasonable. Be generous anyway. If you try to do good, people will think you’re being self-serving. Do good anyway.

“The best and bravest ideas will be undone by scared and small-minded people. Be brave anyway.

“Remain confident in our shared ability to make the world a better place.”

South West Surrey MP Jeremy Hunt paid a heartfelt tribute to his friend Gavin Stride, after arriving on the Farnham scene together 20 years ago.

Mr Hunt said: “Here’s a sad moment – the wonderful Gavin Stride having his farewell party at the Maltings.

“Since he arrived 20 years ago his leadership has transformed the Maltings, making it a hub of creativity for young people in particular which perfectly complements the historical beauty of the town – and its arts and crafts traditions.

“Gavin and I arrived in Farnham together in 2002 when he took up his post and I became a parliamentary candidate and I will miss him as a friend too – but his legacy is a vibrant, energetic and fun cultural scene in Farnham which has made it the brilliant town it is.

“Thank you Gavin from all of Farnham!”

Done a bunk, on the run

But has he really vamoosed

Can it be that he truly has gone?

Has the curtain come down

With a great final bow

With a glorious red setting sun?

Shall his voice bark no more

Will there be no encore

Will these walls now fall silent

From the sound of this true gent

Or will the essence of his presence remain?

Will that boyish enthusiasm

And laughing most fulsome

When the theatre has emptied

And the curtain descended

At the end of the day after dark

Will the old Malting’s eyes

Could that be a new House

Built with the singular nous

Of a visionary artist at work

Into where the overlooked lurk?

Performance where once they was dark

From Reading to Kings Lynn

A network so bristling

With colour and vigour and art

Is that the wheels of a Caravan

Rolling into Brighton at dawn

Could this start conversations

With the brewing of a grand theatrical storm

Mixed by Gav the grand creator

A flash of lightning and a cloudburst of art

And those clouds his light rains through

The genius shaman at work

A thunderclap of kindness rings aloud

And the caravan trundles on

We stand together, standing proud

The aroma of a bakery

The scent of our play maker

With a Syrian baker?

But hush now my fellows ….

For this rough magic

And that’s for sure

But we all wait to see

With our baited breath

We wait to see

What new magic will he brew

What gems will unfurl

Trying to change the world

Not for Gav the quiet life

Of slippers and pipe

He’s been his whole life

A toast to you Mr Stride

For all that you’ve done

All the meetings and meetings

A toast to you Mr Stride

For all you have done

All those tears and three cheers

From the hearts you have won.