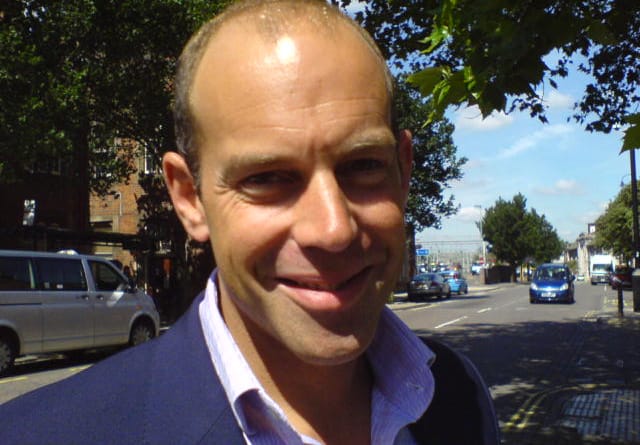 TV PROPERTY guru and Froyle resident Phil Spencer has added his name to the 2,000-plus people backing the campaign to save Alton’s Palace Cinema.

The Location, Location, Location presenter spoke out after East Hampshire District Council turned down an application to have the cinema made an Asset of Community Value, commenting that “it would be a crying shame to lose the Palace Cinema”.

He continued: “Architecturally, culturally, historically, Alton has so much going for it. But at the moment planning decisions seem to be geared towards adding houses, rather than protecting leisure facilities.

“We need more amenities here, in town. We all know there are several large development schemes currently being built in Alton and they have produced numerous challenges and debates.

Learn how to make a cushion cover at Alton Library

“But we are where we are, the developments are under way now and whether you like or loathe them, an increase in local population numbers is surely good news for the local business economy?

“Increased numbers of residents has the potential to increase local expenditure. I therefore struggle to compute how it makes sense for our councillors to almost oblige residents to go elsewhere to spend their time and money.”

Cinema owner Raj Jeyasingam has run the independent cinema in Normandy Street for 27 years but has warned he will close it in September unless somebody buys the freehold for £850,000.

But the Save Alton Cinema campaign group believes with a bit of tender loving care and vision, the cinema could thrive once again.

More than 2,000 people signed a petition to save the cinema and Kat Guenioui, one of the founders of the Save Alton Cinema campaign, said: “It is clear that residents’ and councillors’ priorities do not align on this topic.

“Essentially the application was rejected on the basis that not enough people use the cinema. It’s frustrating because it feels like there is no vision from East Hampshire District Council as to what the cinema could be for our community.

“We’re stuck in this catch-22 where people don’t currently use the cinema because it has been allowed to become run down, and the council won’t protect it because people don’t use it.” 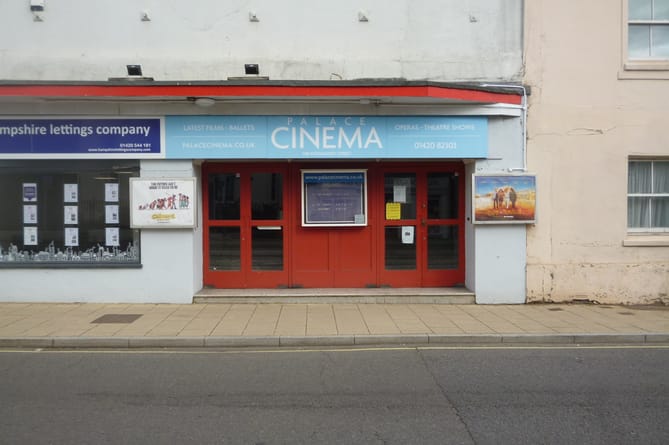 The Palace Cinema in Alton ()

It is hoped a similarly sized cinema in a market town in Hertfordshire could be the model on which to build a future for Alton’s Palace Cinema.

Co-founder of the Save Alton Cinema campaign, Annie Lancaster, said: “Respondents to Save Alton Cinema’s market research cited factors such as a musty smell, litter in the aisles and the fact there is no ceiling in the ladies’ toilets as reasons for not making much use of the Palace Cinema.

“With investment, all of these issues currently preventing use of the cinema could easily be remedied.”

Ms Guenioui added: “One of the arguments we come across regularly is that people just don’t go to the cinema any more.

“One has to wonder if anyone has told that to the people investing in new cinemas in Liphook and Farnham.”

Campaigner Alex Tucker, who worked at the Rex Cinema in Berkhamsted from 2005 to 2008, said: “There is a lot about Alton that reminds me of Berkhamsted in that it is about the same size and is a similar distance to London.

“This really piqued my interest in understanding a bit more about the Palace and the potential it could have for the local community having seen this happen first hand with the Rex in Berkhamsted.”

The Rex shut in the late 1980s but its 1930s art deco architecture survived.

It was listed by the National Trust to prevent demolition and campaigner James Hannaway installed cutting-edge projection and audio equipment and luxurious seating in rows in the circle and around cabaret tables with a bar in the stalls.

Residents gave time and expertise while money was raised by selling seat sponsorship and membership.

Alex said: “During my time working at the Rex we sold out for nearly every screening.

“Often there would be queues for hours going around the block and screenings which could have been sold out several times over, it was that special.

“I really believe the Palace has the same potential and can be an integral part of Alton’s community and be a public space whereby cinema going can be fun, inexpensive and bring a bit of Hollywood glamour to Hampshire.”