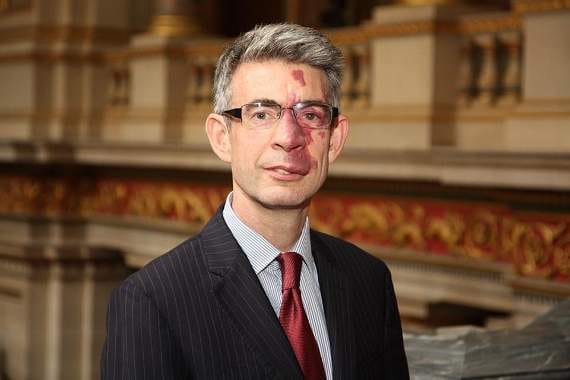 A MAJOR search is continuing for British diplomat and married dad-of-three Richard Morris, who has not been seen since going for a run in the Bentley area on Wednesday, May 6.

Mr Morris, 52, has held a number of high profile positions in the Foreign and Commonwealth Office (FCO), and is set to begin his new role as British High Commissioner to the Republic of Fiji in July 2020.

He was previously appointed Her Majesty’s Ambassador to Nepal from November 2015, six months after the devastating earthquake that claimed some 9,000 lives, to November 2019.

During his time in Nepal, Mr Morris was pictured alongside Prince Harry and interviewed by The Daily Telegraph, and has also appeared in and on various media, including CNN International, ITN International and BBC World.

Police investigating spate of car thefts and burglaries in Liphook

"His family are understandably concerned for his welfare," said a spokesman for Hampshire Constabulary after Mr Morris was last week at around 10.30am on May 6.

The Herald understands Mr Morris has been deemed "high risk", and the police have reportedly been assisted in their search by Hampshire Search and Rescue, dog search and rescue teams, air support, the UK Missing Persons Unit and other agencies.

The Herald has approached the FCO for a statement.

According to his biography on the Government's website, prior to his appointment in Nepal, Mr Morris was head of the Foreign & Commonwealth Office’s pacific department from 2013 to 2015.

Between 2008 and 2012 he was consul general in Sydney and director general of trade and investment for the Australasia region, before that deputy head of mission and consul general at the British Embassy in Mexico City (January 2005 to June 2008).

Before going overseas Richard was head of assistance group in Consular Directorate in the Foreign and Commonwealth Office (2001 to 2004).

He entered the Foreign and Commonwealth Office via open competition in 1990; and since then has worked as assistant desk officer at the Non-Proliferation and Defence Department (1990 to 1991); assistant desk officer in the Cultural Relations Department (1991 to 1992); undertook a temporary duty to the United Kingdom Mission to United Nations, New York (1993); was third secretary (political), British High Commission, Ottawa (1993 to 1996); second secretary (political), British High Commission, Bridgetown (1996 to 2000); and head of Resource Accounting and Budgeting Team (2000 to 2001).

He received a BA Hons in English literature from Aberystwyth University (which included a one-year scholarship to the University of Illinois); and has an MBA from Aston University.

He undertook contract work for Touche Ross Management Consultancy as part of his MBA. He is a Fellow of the Chartered Institute of Marketing (FCIM) and of the Royal Society for Arts, Manufacture and Commerce (FRSA).

He was born on November 1, 1967 in Worcestershire. He married Alison in 1992 and they have one daughter and two sons. In his spare time, he enjoys long-distance running, reading, travel, music and spending time with his family.

Launching a missing person appeal on Thursday, a spokesman for Hampshire Constabulary said: "We’ve been making enquiries but are now turning to you for your help.

"Richard is described as being white, around 6ft tall, with greying hair and a beard. He is also described as having port birth mark on his face.

"He was last seen wearing a blue long sleeved top with a half zip, black shorts, and blue trainers.