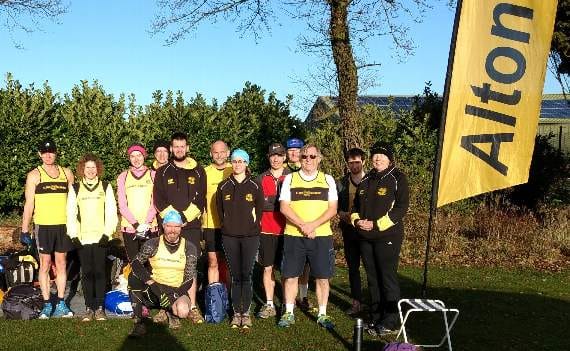 ALTON Runners’ first race of 2017 was the fourth round of the Southern Cross Country League at Lord Wandsworth College.

A dry and sunny morning was a welcome sight for over 500 runners after the rain of New Year’s Day.

The five-mile two-lap course was excessively wet and muddy and more than one runner took a tumble.

The Alton team came 12th out of 23 teams and their overall position after four races is now 15th.

Alton Runners train on Tuesdays and Thursdays (from 6.45pm) and meet at the sports centre before going to the Butts for a warm-up. More information on the website www.altonrunners.co.uk